Paul Cantwell, Paul Rodgers, Thomas Duncan, and Kirsten Rodgers have just returned from 14 days training in Okinawa. They would like to share their experience with all IOGKFNZ karateka…

On arriving in Okinawa we were met by Sensei Glenn McIlvride, who gladly escorted us to our accommodation and gave us a brief of Naha city, Okinawan educate, where to go and where not to go.

Once we were unpacked, 8pm that night couldn’t come around soon enough. Upon arriving at the dojo we discovered that Sensei Higaonna could not make it to take training as he was stalled in Tokyo because of a typhoon. To our surprise Yamashiro Sensei turned up half an hour into the training to take us.

30 degrees heat, 95% humidity, the sweat was pouring off us – puddles everywhere. This was a gruelling 3 hour session. The technical advice that Yamashiro sensei passed on during the night was that the body should be relaxed all the time. Shouten (focus) is only on impact and that all techniques should come from all the major joints of your body. E.g. punches should come from the shoulders and the kicks from the hip. This style of performing kata is called ma. The session ended with the whole class performing the kata with Yamashiro Sensei standing at the front of the class with his eyes closed as if he was blindly conducting an orchestra. This was the only opportunity that we had to train with Yamashiro Sensei which was a huge privilege as he runs two dojos’ of his own 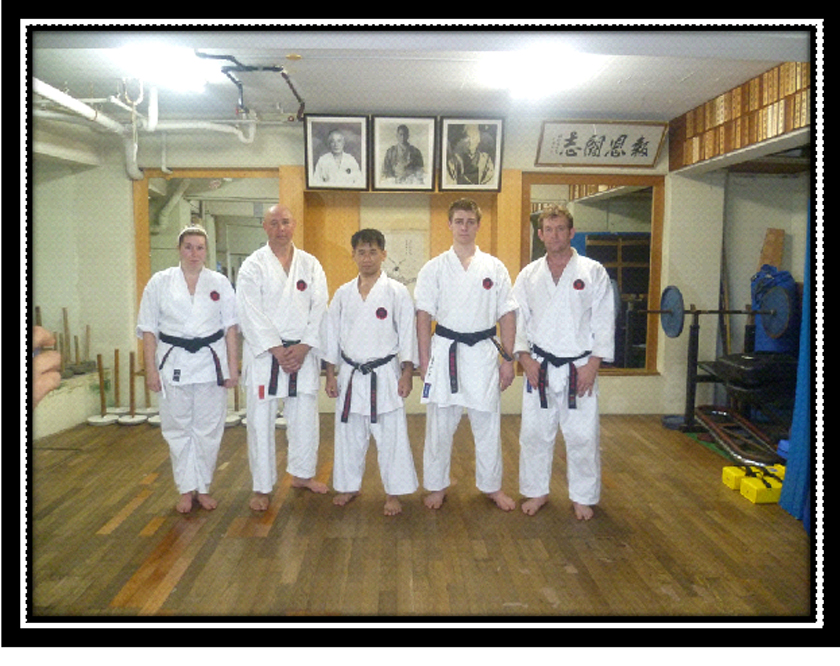 From then most of the trainings were taken by Kuramoto Sensei until Higaonna Sensei was able to board his plane back from Tokyo. Late into the training session on the third night sensei Higaonna arrived outside the dojo in a taxi, he looked tired and worn from his trip, he greeted us at the door and headed up to his room. 20 minutes later he was in the dojo sparked up ready to begin training. Kuramoto Sensei had already drained us in the first hour. We trained on for another two hours with sensei until 11.30. Higaonna Sensei revolved the majority of his trainings around hoju undo, basic training, kakiae and kata. He emphasised the kata should be performed with all the strength that you can possibly muster. Every technique that is produced should have the intention of killing your opponent. Almost every training session with Higaonna Sensei involved Sanchin kata. Such intense one-on-one trainings with Higaonna Sensei constantly inspiring us to always do our best, be the best that we can be and never give up! 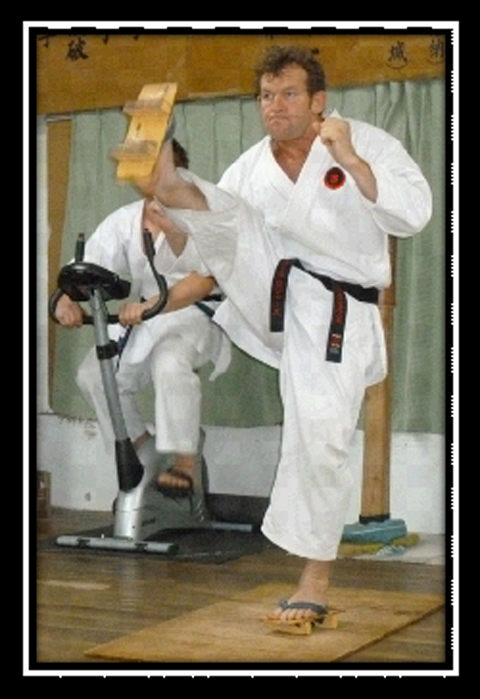 Other memorable moments of training: Kuramoto Sensei and Uehara Sensei instructed us on the odd occasion. These trainings were as physically demanding and informative as Higaonna Sensei. We learned that there is a slight change at the beginning of all kata performed in goldenashi. When hajime is called there is a three count in yoi before your kata commences and also at the end of kata a three count in yoi before rei bow. At the end of every training our gi were transparent, our belts felt of lead, and our feet and hands were white and wrinkled from the continuous flow of sweat.

We would like to thank Kuramoto sensei tor extending his hospitality and taking us to several historical venues including Chōjun Miyagi sensei and Kanryo Higaonna sensei memorial sites. We went on to spend a social evening with Kurimoto sensei, he showed a huge desire to come to New Zealand because of the many friends he has here. This could be something to consider for a future gasshuku. 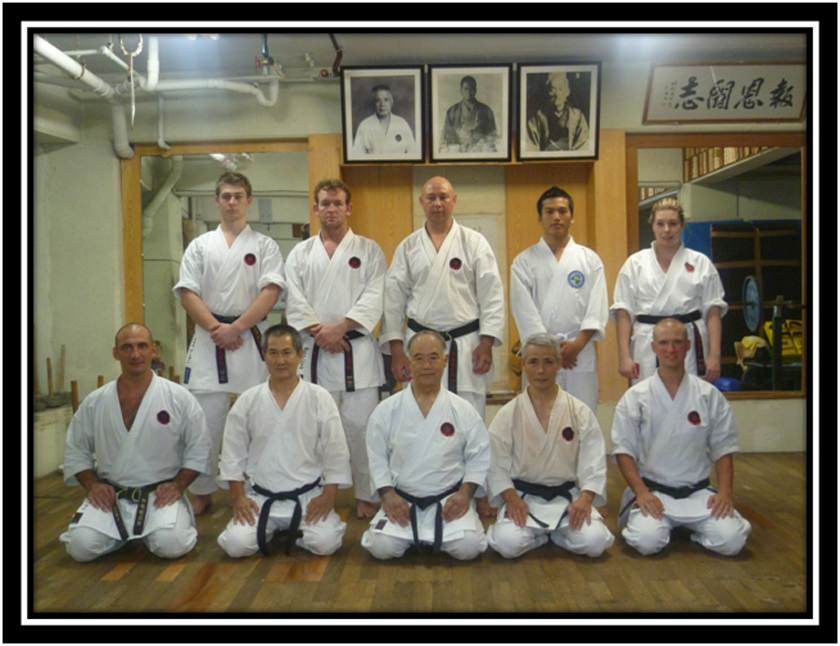 These are all the students that train at Higaonna sensei dojo including Uehara sensei, Higaonna Sensei and Kurimoto Sensei in the middle of the front row.

We would like to send a big thanks to all our major contributors to our trip. IOGKFNZ travel fund IOGKFNZ Wairarapa Trust House Tumu ITM Thank you for all your support, without the funding this would not have been possible.

Hitotsu Futofukutsu No Seishin O Yashinau Koto
(Never give up)